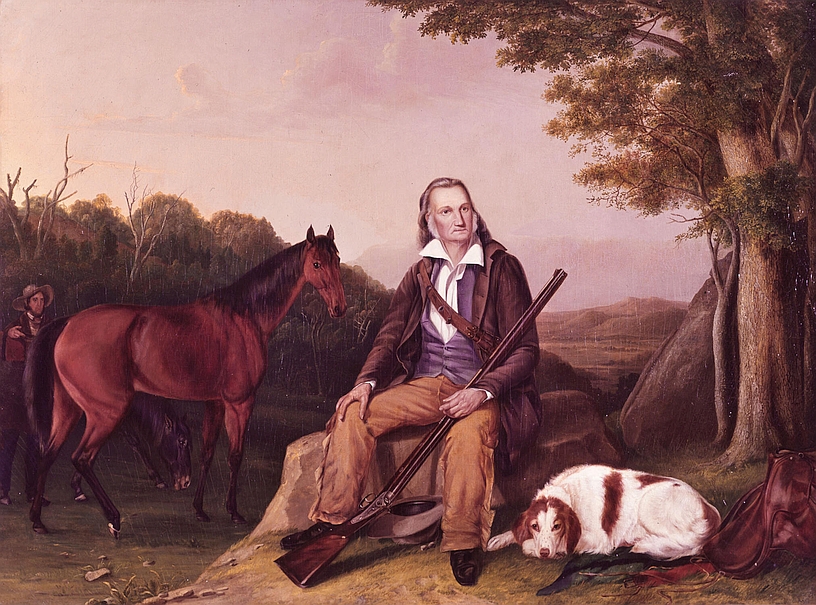 A name that is unmistakable – Audubon. It is immediately associated with birds. Wild birds. Birds spectacularly illustrated by John James Audubon, after whom so many chapters and organizations are named. Known for The Birds of America, with its 435 life size engravings of 490 species, it was a definitive work of great ornithological importance that ushered in the current field of American ornithology.

Here, almost 200 years later, organizations, including Burroughs Audubon Society of Greater Kansas City (BAS), are grappling with Audubon’s legacy. That begins with what is now known about the exaggeration and manipulation in Audubon’s own writings. Almost predicting this discussion, BAS hosted Daniel Patterson at our annual dinner in 2019. Author of The Missouri River Journals of John James Audubon, Patterson took us through the fragments of existing documents that contrast with the sanitized and heavily edited version published by his granddaughter, Maria, after she burned the originals.

One example comes from the well-known excerpt from Audubon’s journals, the “Great Auk Speech”. In this passage, Audubon warns that buffalo will go the way of the Great Auk. When his journals were written in 1843, the Great Auk was not seen by Audubon as a species of concern because he believed it was still breeding on islands south-east of Newfoundland. When Maria was editing the journals in the 1890s, the extinction of the Great Auk was a rallying call for conservation. This and other similar examples would have put the real Audubon, who was known for shooting animals indiscreetly and in great numbers, at odds with the upper levels of society in which Maria wished to be accepted. In her own words, she wanted her grandfather to be remembered as “a refined and cultured gentleman… (and)…a visionary conservationist.”

As one looks deeper into Audubon’s life, the trouble grows as darker truths surface. In today’s light, Audubon’s racism is intolerable. He is known to have owned 9 slaves during the 18-teens that were sold when he faced financial problems. In the 1820s, he again owned slaves and sold them before he went to Europe to oversee the publication of The Birds of America. He would use slaves as “hands” on a journey and then sell them at the end, just as he did with tools he no longer needed. Notably, Audubon was also outspoken against the abolitionist movement which was taking place during this time in history.

In his five-volume set, Ornithological Biography, Audubon shares the story of an escaped slave family living in the swamps of Louisiana. The family had been torn apart when sold to separate owners. The father had escaped his new owner and found the rest of his family, reuniting them one by one. After spending a night in their camp, Audubon returns them to their original owner the following day, writing “rendered as happy as slaves generally are in that country”. Relating to his own lineage, it may be of interest that Audubon was the son of a French ship captain and a woman described as ‘creole’ and one of his mistresses. Audubon’s writings always put him in the whitest light, insisting that his mother was of Spanish descent (Nobles, 2020). Scholars theorize that this may have fueled his bigoted treatment of black and indigenous people.

The fabrications do not stop there. The famed story of Audubon banding Eastern Phoebes by attaching silver string to their legs, only to marvel at the return of two the following year, may have been impossible. Scholars have reconstructed the banding, dating it to 1804. In much detail, Audubon describes the nest and placement of the strings. He was home at that time, and part of this may have taken place, but the following year when the birds would have have returned, Audubon was in France and remained there for a little over a year. (Halley, 2018)

There is also the matter of Audubon obtaining, describing, and naming a new hawk collected in Louisiana by John Carmichael Jenkins. Jenkins wrote that Audubon “described and named it without my knowledge or consent.” Jenkins wanted to name the bird Morton’s Hawk, after his friend Dr. Samuel George Morton. While the chain of events is still unclear, Dr. Morton presented the collection of birds from Jenkins to the Academy of Natural Sciences without the most enviable specimen — the new species of hawk. Audubon was on his way to Europe with the specimen that he would name Harris’s Hawk after his friend and financial supporter, Edward Harris.

It’s also important to note that many of the common names of American birds, such as Harris’s Hawk, are not reflective of the indigenous people who had known these species for centuries. European naturalists often relied upon indigenous people for help in their quest to catalogue and collect specimens, and this is largely unacknowledged or respected. This is another topic that the American Ornithological Society (AOS) is working through, with the first result being the McCown’s Longspur. Named for Captain John P. McCown, an American army officer who collected the specimen in 1851 but later fought for the Confederacy in the American Civil War, the AOS recently changed the common name to Thick-billed Longspur.

Part of Audubon’s pinnacle work, The Birds of America, may also have been fabricated and only able to be produced because of excitement over a made-up bird: The Bird of Washington. Proclaimed as a new species of eagle discovered by Audubon, it appears that The Bird of Washington was a compilation of a multiple species published years before in The Cyclopoedia (Universal Dictionary of Arts, Sciences, and Literature, 1802). It was this perplexing drawing, named after a popular George Washington, that is credited with Audubon procuring funds to launch The Birds of America.

These revelations of Audubon’s racism, deceit, scientific malfeasances, and unscrupulous self-promotion have left us struggling with what is in our name. National Audubon Society has spent the last century protecting birds and their habitat. Organizations named in his honor have provided innumerable benefits to the natural world, yet the uncomfortable reality remains: the character of the man is unbefitting the good work done in his name. We recognize that Audubon’s name can be a barrier to inclusion and acceptance that we demand from members, science, and society. How to resolve what matters in a name while keeping the legacy of a century of conservation intact is an ongoing conversation that needs collective voices from all levels. While there is certainly much more to come on this issue, we invite members to share their thoughts by email: mail AT burroughs DOT org. We earnestly want to hear what you think. In return, BAS promises that this discussion will not interfere with our mission to promote the appreciation of birds and nature, natural history education, and the conservation of habitat. We also promise to keep you informed, with complete transparency, as the discussion moves from National Audubon down to each chapter and member.

Halley Matthew R. 2020. Audubon’s Bird of Washington: unravelling the fraud that launched The birds of America. Bulletin of the British Ornithologists’ Club 140:2, 110.

7 thoughts on “The Audubon Question”