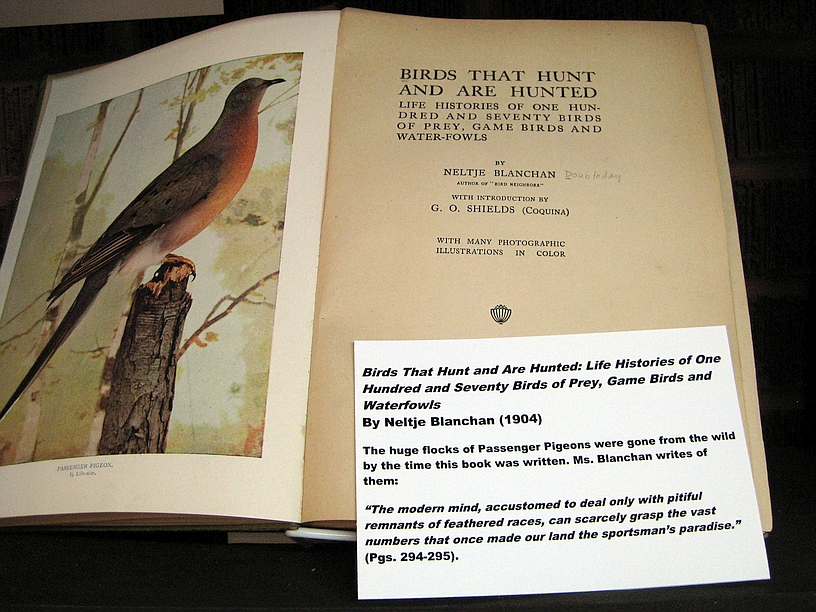 Neltje Blanchan was married to Doubleday Publishing Company’s founder (hence the pencil note). The photo on the left shows a mounted Passenger Pigeon, exactly one-half life size. Unfortunately, her comment about “the modern mind” being “accustomed to deal only with pitiful remnants of feathered races” was a completely accurate foreshadowing of the situation of some species today, even with the passage of laws to protect birds. The Migratory Bird Treaty Act was still 14 years away when this book was written, and in states like Missouri, there was energetic opposition to any type of wildlife protection laws or hunting regulations. 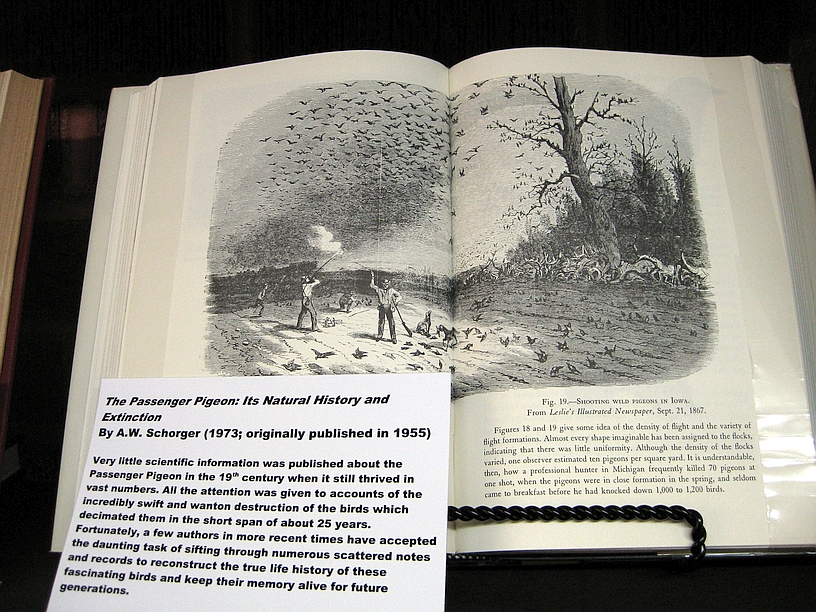 A print showing the reason why the Passenger Pigeon is no longer with us–relentless and unregulated hunting. There were so many Passenger Pigeons that people thought extinction was virtually impossible, no matter how many they killed. “A professional hunter…seldom came to breakfast before he had knocked down 1,000 to 1,200 birds”.

This is a story that tugs at the hearts of all birders and nature lovers. The Passenger Pigeon became extinct in 1914 and the Migratory Bird Treaty Act (MBTA) was passed in 1918. If the MBTA had been created just 50 or 75 years earlier, MAYBE we would all have Passenger Pigeon on our life lists today. I’m sure this was on the minds of our earliest members in 1919–some were old enough to have actually seen Passenger Pigeons in the wild. Examining these materials increases one’s determination to do everything in their power to prevent more extinctions from occurring. 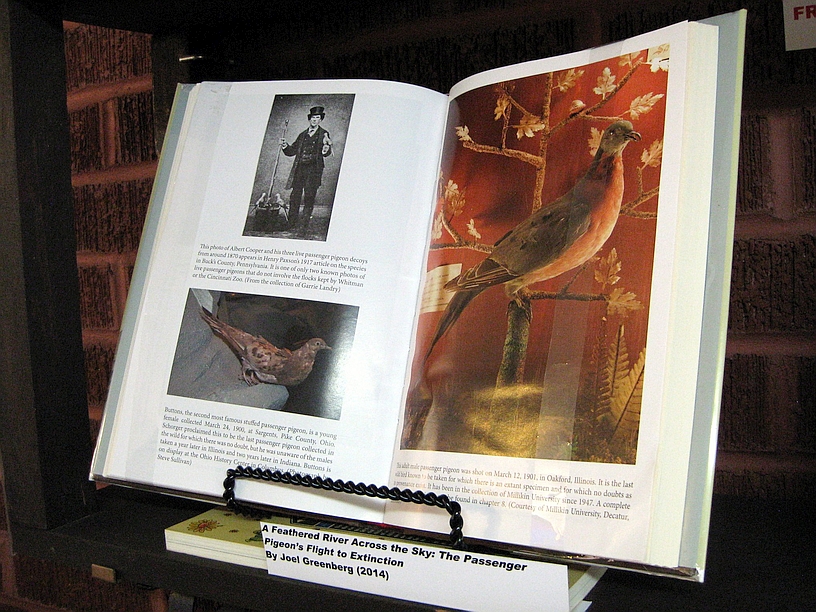 Joel Greenberg was our BAS Annual Dinner speaker in 2014, the centennial of the Passenger Pigeon extinction. His book contains reproductions of the ONLY 2 known photographs showing LIVE birds that did not originate in captive flocks, or zoo collections. One is at the top left. The other 2 photos are of famous mounted specimens of Passenger Pigeons in museum collections.

“From Billions to None” is the title of a documentary about the extinction of the Passenger Pigeon, based on Joel Greenberg’s book, which aired on PBS. 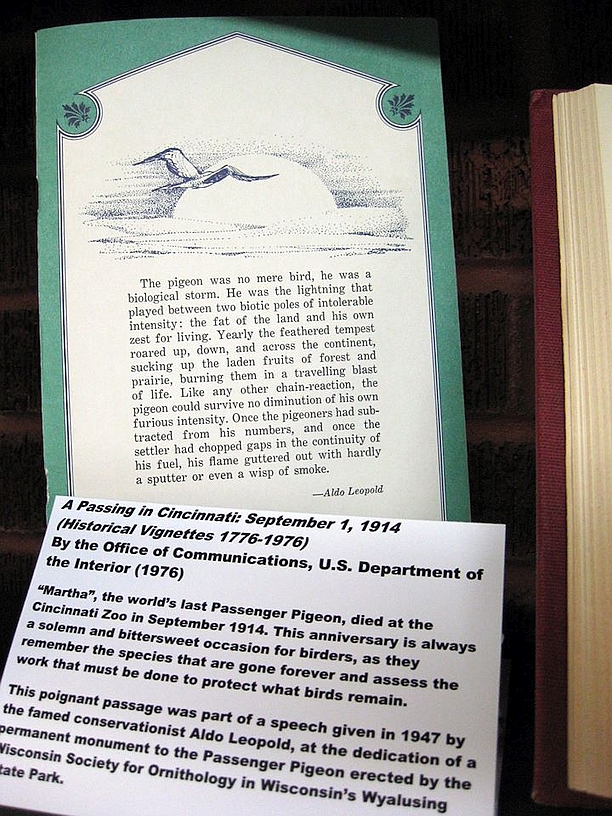 One of Aldo Leopold’s most eloquent speeches was given at the dedication of a memorial to the Passenger Pigeon erected in Wisconsin in 1947.