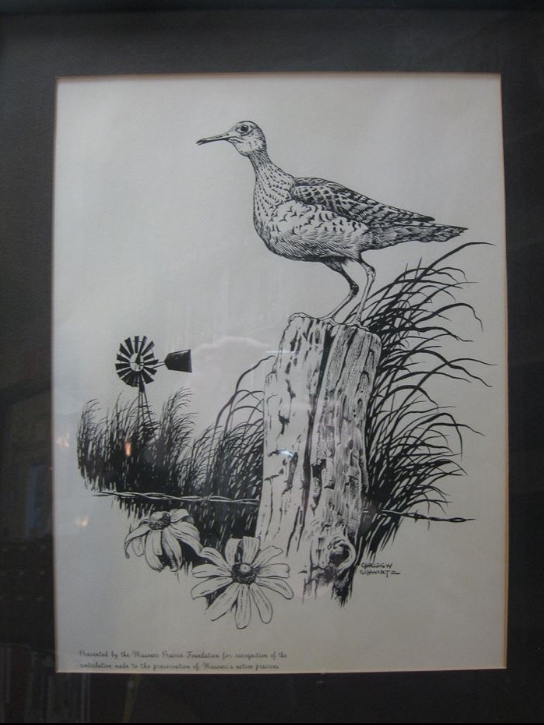 BAS President, Mary Nemecek, recently explained how our Audubon chapter helped both the Missouri Department of Conservation (MDC) and the Missouri Prairie Foundation (MPF) purchase and preserve two great pieces of local remnant prairie in the past 5 years. Southfork Prairie (to be renamed the Dr. Harry and Mrs. Lina Berrier Memorial Conservation Area) near Drexel, MO and Snowball Hill Prairie near Harrisonville, MO.

What you may not know is…Burroughs has “deep roots” in the prairie! Going back decades. Our longest serving member, Dick Dawson, was the Burroughs Nature Club president from 1965 to 1967. During this time, he was also one of the founding members of the Missouri Prairie Foundation. MPF began in October 1966 with the goal of helping the conservation department identify and preserve as many fragments of Missouri’s remaining virgin prairie as possible. At the time, MDC only had 3 parcels of prairie. Taberville was purchased in 1959 to provide habitat for prairie chickens (or “pinnated grouse” as they were called then). Tucker Prairie near Columbia was acquired in 1957, and Milo Prairie near Nevada MO in 1959. MPF brought Friendly Prairie into the system in 1969 and Golden Prairie in 1970.

Many Burroughs members, like Dick, were concerned about losing the birds and plants of this unique ecosystem. They provided financial support and also lent their time and expertise to monitor the flora and fauna of these areas and helped with management activities like burning, mowing, planting, and seed collecting. 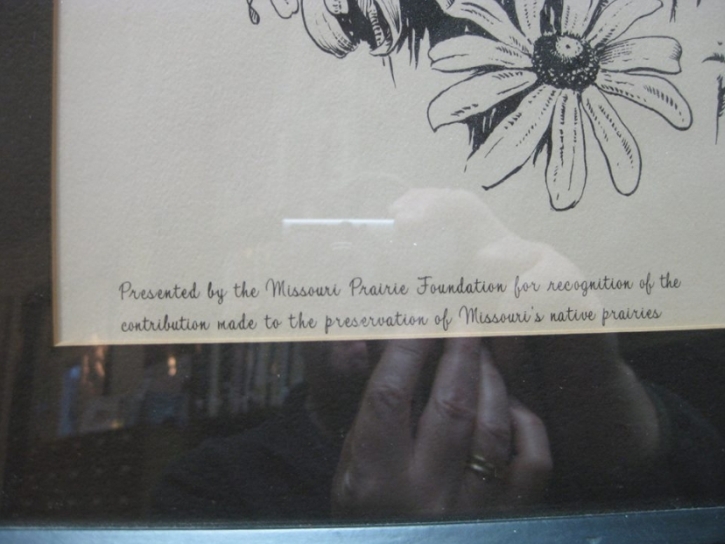 MPF presented this wonderful drawing of an Upland Sandpiper to Burroughs in recognition of the efforts of our members. Unfortunately, the drawing is undated, and we are still researching exactly when this presentation was made.

This beautiful illustration will always remain in the BAS collection as a testament to the great power of partnerships between groups dedicated to conservation of our lands and wildlife. Fifty years on, BAS and MPF still stand together “fighting the good fight”. Thank you, Dick, for building that bridge, and thanks to all who have supported both groups through the years!