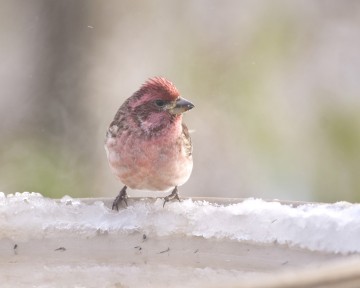 Backyard bird watching is the number two pastime in the United States, second only to gardening.  Winter brings in a variety of birds not seen during the summer months.  In times of harsh weather, birds that are not normal species seen at feeders may show up for a few easy meals.

One of the prized winter birds to get at feeders are Purple Finches.  Similarity to House Finches may make them hard to distinguish from each other, especially if they are not side by side.  Here’s a little history on each of these species and how to identify which one is showing up at your feeders.

Prior to the 1940s, House Finches lived only west of the Rocky Mountains.  In the 1940’s a failed attempt at selling them as “Hollywood finches” in cages resulted in the birds being turned loose on Long Island in New York. They have since expanded their range across the east into Kansas and infringing on the habitat occupied by purple finches.  This pressure applied by House Finches taking over territory has resulted in a 46% decline in number of Purple Finches from 1966 to 2010.

Both of these species eat primarily plant based material such as seeds and berries.  While most birds feed their nestlings caterpillars, both of these feed their young almost entirely seeds.  Interestingly, this feeding preference often results in failed Brown-headed Cowbird young when an egg is laid in their nests.  Black-oiled sunflower seeds are a favorite at the feeders.

Purple Finches only visit Kansas City during the winter months.  They will nest and spend their summers in Canada.

House Finches live here year round and do well around human activity.  They can nest in your yard, maybe even in a hanging plant on porch or in a wreath on your door. If you are lucky they just might give you a great, front row seat to the busy work of raising their young. 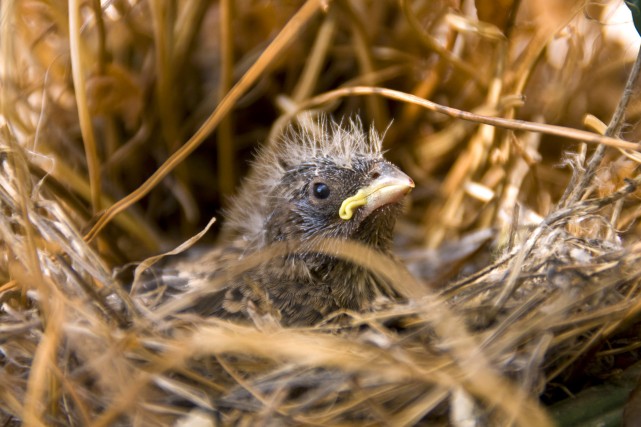